Life is a moving train people, and we have to keep on GROWING!

YES! cokochannel has moved unto a bigger platform!

We thank Almighty God for the progress so far, and we hope you move to GREATER heights with us!

You can now catch us on http://www.cokoafrica.com NOW!

Let’s spread our wings and FLY!!!!

ARE YOU ALSO A CEO?

In recent past, the title; CEO carried weight. People used to dream of becoming CEOs, mainly because it was a thing of honour. To be a CEO would imply that you have mastered your craft and have worked hard over the years. It would also imply that you have gathered enough experience to set up your own establishment, and that you are financially stable to withstand the pressures of the competitive market your brand is in.

The same cannot be said in this modern time. Today, everybody is a CEO. Everyone claims that title. The interesting part of it all is that nobody wants to sit and learn, we all want to jump high and fast. A wise man once said that we LEARN before we EARN. Do not let yours be the other way round.

I know the economy we find ourselves in is not even helping matters. There are few jobs out there, and we all know that every employer would want to hire a well seasoned professional with vast experience, rather than a mere fIRST degree holder with no experience at all.

Still, that is no excuse! How many CEOs would we have on twitter? Ha ba! Its getting too much. I am tired. What people don’t know is that if a serious person is looking for a vendor for a particular event, and they come across your twitter page with the CEO label all over it, they might not take you serious. You know why?
1. You don’t even have a website
2. Your brand is not known.
3. You don’t tweet like a CEO
4. A CEO would not be online 24/7
5. You don’t know your craft
I think the number of these so called ‘CEOs’ can be reduced … What do you think?

They sure look great together! But sorry guys this is only a scene in her upcoming movie which features Banky W.
Her post on Instagram got a lot of people talking! I do hope they end up together though! What do you think?

Linda responds to her haters!

She says her mansion is 1000% hers, and that FIRS go after companies and not individuals.

But that doesn’t exactly explain if she has been paying her taxes or not!?

Many still think that she needs to come clean to the government as to how exactly she got the money to purchase the mansion, and if she has been paying her taxes like she is supposed to.

News have reached us here that the assets owned by Senator Ben Murray Bruce have been seized by AMCON.

The Asset Management Corporation of Nigeria (AMCON) took over Silverbird Galleria early this morning. This is following a court order allowing AMCON to take over the three branches of Silverbird Galleria (the politician’s assets)  due to failure to settle an N11 billion Loan. The properties include those at 133 Ahmadu Bello Way, Victoria Island Lagos, Plot no 1161, the plaza at central area Cadastral Zone, Abuja and the branch at Port-Harcourt.

Our sources have confirmed that Linda Ikeji has been evading tax payment for over a year now, and this amounted to 75M when calculated by the FIRS. It was also revealed that they intend to prosecute her in the court of law.

Turns out that our Linda isn’t a saint after all.

That was the first lady’s official response to Fayose’s accusations. Fayose earlier accused her of being involved in a fraudulent act. We couldn’t get any response from the first lady herself, but we knew she was definitely going to give us something!

Over a week after resolving its dispute with the Nigerian Communication Commission, telecommunications giant, MTN, on Monday, appointed a new Chief Executive Officer and Group President.

The announcement was contained in a statement released by the telecoms company.

The statement said the new group President and CEO, Rob Shuter, will take over next year.

Shuter; who is a South African, is the current CEO of Vodafone (Europe).

He will take over from the current executive chairman Phuthuma Nhleko, who came on board last year in the face of the fine slammed on the company by the Nigerian government.

Nhleko will go back to his previous role as the non-executive chairman when Shuter takes over.

MTN in its statement said, “following the successful resolution of the Nigerian dispute, it has completed the review of its governance and management structures.”

“MTN has weathered a rather difficult storm and will continue to review its governance and management operating structure to ensure that it operates at an optimum level and continues to replenish management talent to ensure a sustained growth of the business.”

“I am confident that with the calibre of Rob Shuter as CEO, the group will resume its path to playing its rightful role in increasing connectivity and accelerating convergence across Africa and the Middle East.”

Troops of 114 Task Force Battalion of 28 Task Force Brigade in conjunction with members of vigilante group in an effort to keep the road open and secure, on Sunday 19th June 2016, carried out a clearance operation along Bitta-Damboa axis.

Unfortunately, the troops ran into an ambush which was eventually cleared enroute back from the pursuit.
Unfortunately, 5 soldiers were wounded in the process and their Buffalo vehicle was badly damaged. The troops killed 4 Boko Haram terrorists, while an unconfirmed number escaped with gun shot wounds.

The patrol recovered 6 bicycles and food storage facility laden with foodstuffs. They also discovered and safely detonated 1 Improvised Explosive Device (IED) at Madube village.
The wounded soldiers have been evacuated to 23 Brigade medical facility in Yola for further treatment.

Breaking News: Chinese Supermarket in Abuja Where Nigerians Are Not Allowed

This is wrong and something needs to be done about it. How can a Chinese man start up a business in Nigeria and say Nigerians are not allowed to come in?

This is happening in the very area our Presidents Resides. This is a call to ACTION! 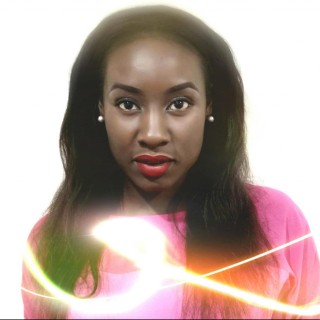 The Coko Blog
Create a free website or blog at WordPress.com.